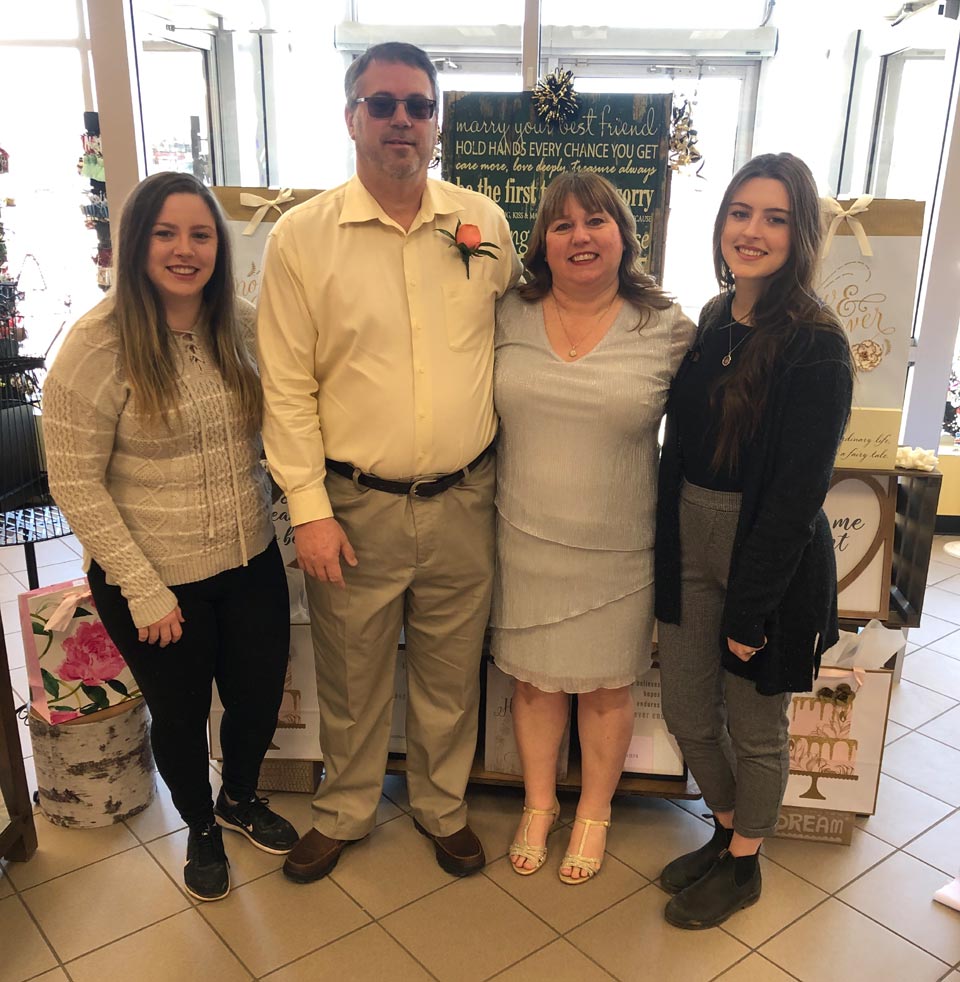 Meet the owners
Wanda and Lawson MacEachern believe nothing says success in business like a Hallmark card.

They were looking for a business they could run together when they came upon a Hallmark Franchise store in Charlottetown in February of 2013. Hallmark Charlottetown location was closed due to retirement/closure, of a then 10 year business.

Lawson and Wanda’s retail experiences were with Canadian Tire with over 55 years’ experience between both. “We loved that Hallmark was a franchise which gave the owners an opportunity to sell a large range of giftable’s outside of the Hallmark Brand
Wanda and Lawson took possession of the Charlottetown location on April 1 and raced to make sure it opened in time for Mother’s Day, one of the biggest days on the calendar for the greeting card industry. They opened on April 24.

In Oct of 2013 Hallmark Canada contacted the MacEachern’s asking if they were interested in a second store in Nova Scotia. They looked at three different locations and decided they would take on the Hallmark Truro Mall location and had that store reopen in November of 2013. To say the least in was a busy Christmas season at both Hallmark Locations.

In Sept of 2016 Wanda and Lawson inquired about opening a Hallmark Store in the County Fair Mall in Summerside after Carlton Cards exited the mall. Hallmark Canada thought it was a great idea to add a location in Summerside and the MacEachern’s opened their third store in November of 2016.

Hallmarks PEI and Truro NS, employ up to 25 people, including Wanda, Lawson and their two daughters, Danielle and Tiffany, who have also been a big part of their Hallmark Business, Danielle is now on Maternity leave after the birth of her son and second child and Tiffany is now working part time while attending Holland Collage.

Quotes from Wanda
“I believe all our staff are an extended part of our family”. Our philosophy is “Family First”
“Hallmark Customers are great. Owning a Hallmark store and being able to help our customer find that ‘perfect card’ or ‘perfect gift’ is very satisfying.”
“We would not have a successful business without a great team and amazing loyal customers”